The History of the Town of Marlborough, Ulster County, New York: From the First Settlement in 1712 by Captain Wm. Bond to 1887

The best history available on this historic town along the majestic Hudson. Chapter 1 starts right away with an overview of the first families to settle Marlborough and their descendants: Captain William Bond, Wolfert Acker, Major Lewis DuBois, the Carpenter and Hallock Families, the Descendants of Leonard Smith, and L. Harrison Smith. Marlborough's military contributions are memorialized with lists of those who pledged loyalty to the Continental Congress in 1776, and those who fought in the Civil War, complete with date of enlistment, regiment and company. A selection of old papers transcribe...
View More...

Soldiers of the American Revolution Who at One Time Were Residents of, or Whose Graves Are Located in Chautauqua County, New York

By: Chautauqua County, N. Y., Chapters, National Society of the Daughters of the American Revolution

â€œThe Soldiers of the American Revolution remain in a distinct class of the worldâ€™s historyâ€“with only the poorest and most meager equipment, theyâ€¦responded to the first call of Lexington and Bunker Hill, facing every danger with unsurpassed courage, willingly sacrificing every personal comfort, suffering and enduring beyond descriptionâ€¦that freedom and liberty might be their countryâ€™s right for all time.â€ In order to pay tribute to these soldiers, the women of the New York Chapters of the DAR have painstakingly researched both military and personal r...
View More...

Cazenovia Past and Present (Madison County, New York): A Descriptive and Historical Record of the Village

Includes records of Chittenango and of other areas of Madison County as well as from more than 40 other New York counties and several states to which Madison County natives had moved.172 pages, 5.5x8.5, (1970), 1994, 5.5x8.5, paper, index, geographical locator index, 172 pp, Softcover, Heritage Books, Inc
View More...

The Descendants of Samuel and Deborah Webster of Vermont, New York, and Ohio

This book covers six generations consisting of over 180 descendants extending across 200 years. The significant ancestors of Samuel and Deborah Webster are also traced back to the 1600s. Deborah, who was born in Massachusetts, carried lines from five Mayflower pilgrim families: Dr. Samuel Fuller, Capt. Myles Standish, John and Priscilla (Mullins) Alden, and Henry Samson. Samuel Webster, who was born in New Hampshire, was related to the distinguished politician, Daniel Webster. The fathers of both Samuel and Deborah were American Revolutionary War soldiers. The descendants of Samuel and Deborah...
View More...

By: Daniel I. Murphy

After eight years of research about the descendants of Coonradt and Antje Bouckhout Sedore via their four sons Isaac, Stephen, Frederick and Jacob the first of a four volume Sedore Family History is now available for purchase. It contains extensive biographical material about Coonradt, his four sons and their wives plus his grandchildren. It also mentions his great grandchildren whose biographies will appear in future volumes. The history eventually will feature 10,000 descendants and about 6,000 of their spouses. Nearly 60 Sedore descendants and researchers have contributed to the effort....
View More... 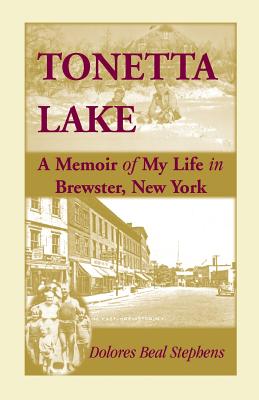 Tonetta Lake, A Memoir of My Life in Brewster, New York and History of the Young Settlement through World War II

By: Dolores B. Stephens

What do the Phillipse Grant, the Howes' Circus, condensed milk, iron mines, the Great Depression and life during World War II have in common? The answer is contained in this book about life in the small New York State village of Brewster in the Town of Southeast and the County of Putnam. It is where the circus started, where hoboes found sustenance and where the New York Central Railroad built its roundhouse, the place where trains are turned around to head back to New York City, fifty-two miles to the south. The story is of a most memorable childhood for the author, the love of her mother wh...
View More...

Those Who Served, Those Who Waited: World War II Experiences as told by the Veterans and Civilians of Brewster/Southeast, New York 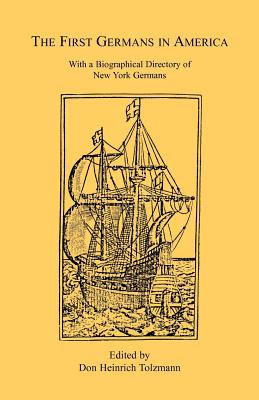 The First Germans in America: With a Biographical Directory of New York Germans

The first permanent German settlement in America was at Germantown, Pennsylvania, in 1683. But most people do not realize that Germans first arrived in America in 1608, settling at Jamestown, Virginia, and, within a few years, Germans began joining the Dutch settlement of New Netherland (later New York) and other colonies. These early settlers did not come as a group of families (as was the case with the Germantown settlement), nor were they sponsored by an organization. For this work, Dr. Tolzmann chose to collect, into one volume, material originally published in the early 1900â€™s whic...
View More...

By: Dorothy I. Zaykowski and Members of the Committee of the Old Burying Ground

The history of this exceptional Burying Ground dates to its opening in 1767 and includes a Revolutionary fort that was built on the site. The names and dates of the 334 men, women and children buried here from 1767-1870 include twenty-two Revolutionary War Patriots and â€œprison shipâ€ victims. African-American and Portuguese sailorsâ€™ graves are segregated. Brief biographies of Colonial settlers, whaling captains, children who died young, and other catalysts of the villageâ€™s growth bring the past to life. A short biographical sketch of stonecutter, Ithuel Hill, Long Isla...
View More...

This delightful volume is the perfect companion to Henry Steiner's The Place Names of Historic Sleepy Hollow & Tarrytown. From the legend of Sleepy Hollow to the capture of John AndrÃ© (Benedict Arnold's co-conspirator); and from the first Dutch settlement to the American Revolution, these charming villages have been the scene of historical drama, both real and fictional. Attractive illustrations of mansions and monuments complement the narrative which includes the life and customs of early settlers; prosperous businessman Vredryk Flypse's "castle;" the story of the Old Dutch Church ...
View More...

This book is a wonderful research aid! New Netherland originally extended from the Chesapeake to Cape Cod. It later was what is now Delaware, New Jersey and New York. The author has identified the name, location and date of service of every Dutch official to serve in New Netherland until the last trace of Dutch authority was removed in 1674. Chapters include: Directors of the Dutch West India Company, Commissioners of New Amstel, Patroon of New Netherland Directors General, Members of the Council of New Netherland, Surveyors General, Commissaries of Districts, Burgomasters and Schepens Orphan ...
View More...

With his thick German accent, William C. Bouck was known as the â€œDutch Governorâ€ of New York. Descended from German immigrants who arrived in Schoharie County in the early 1700s, Bouck attributed his frugality, work ethic, and character to his humble farm upbringing. As canal commissioner from 1821-1840 he was one of the most important men in the making of the Erie Canal. As governor and esteemed elder statesman in the 1840s, he was described as having â€œgood sense, prudence and discretion.â€ This book describes Bouckâ€™s youth, public service, and his careers as far...
View More...

This volume contains complete transcriptions of the muster rolls of the various regiments and smaller troop units raised by the province of New York for service in the Seven Years' War, otherwise known as "The Old French War." The rolls are complete for the years 1755 to 1764, except for 1757 for which they have been lost. Rolls typically give the name, date of enlistment, age, birthplace and trade of the soldier, and the company to which he belonged. An extensive appendix presents a great deal of supplemental information from sources other than the muster rolls. Some of the materials ...
View More... 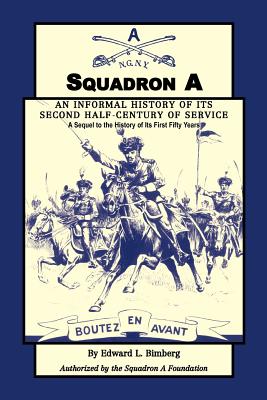 Squadron A: An Informal History of its Second Half-Century of Service: A Sequel to the History of Its First Fifty Years

This is the story of the second fifty years of Squadron A. The history of the National Guard cavalry unit has paralleled that of the city of New York for a colorful and exciting century of service to that city, the state of New York and the nation. In the latter part of the nineteenth century most well-born young men in America rode pleasure horses. In spite of their urban background, New York City's "swells" were no exception. In 1884 a group of youthful men-about-Manhattan formed themselves into a mounted social club to engage in the political rallies and parades that were a part ...
View More... 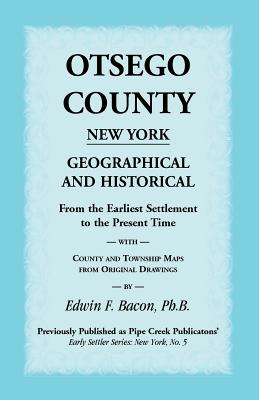 Otsego County New York Geographical and Historical: From the Earliest Settlement to the Present Time With County and Township Maps From Original Drawings

This historical sketch of the early history of Friends in Cayuga County, New York, was read by Miss Emily Howland before the Cayuga County Historical Society on April 8, 1880. It covers the years 1795 through 1828. This volume opens with a brief biographical sketch of George Fox, followed by an examination of his followers, together with a glimpse of their daily life, their places and forms of worship, their schools, and their businesses. Names pepper every page, and an appendix offers a chronologically grouped listing of members added to the Scipio Monthly meeting of Friends (1808-1821). A fu...
View More...