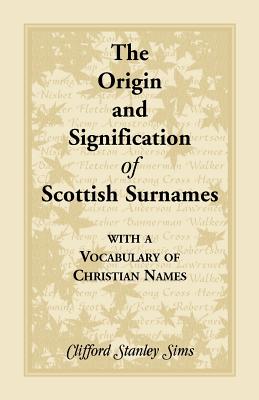 It is hard to imagine life without surnames, but surnames were a rarity before the 11th century. Names originated from localities such as Nisbet and Ralston, baptismal names such as Anderson and Lawrence, trades such as Baxter and Fletcher, offices such as Bannerman and Walker, professions such as Clerk and Kemp, peculiarities of body and/or mind such as Fairfax and Armstrong, armorial bearings such as Cross and Horn, nativity such as Fleming and Scott, and many other sources. Persons that joined a particular clan, regardless of descent, assumed the surname of the chief as an act of loyalty. T...
View More...