As God Is My Witness

A gripping account of the history of the Scottish Covenanters, this original work contains vivid descriptions of events and biographical sketches of the people central to this Presbyterian movement during the 17th century. This important history of religious persecution is divided into 4 parts. Part One provides an historical background which looks at some of the issues leading to the National Covenant, and the subsequent bloody persecution of King Charles II. It examines the call for armed resistance and places the reader in several of the clashes that ensued, and reluctantly, the prisons in which many were held more often than not without trial. Part Two looks at the pivotal persons who played key roles during this time of brutal punishments and heroic displays of faith. The main people discussed include persecutor Archbishop Sharp of Andrews and the soldier Marquis of Montrose. The Covenanter portraits described include the Marquis of Argyll, Archibald Johnston and Alexander Henderson (the authors of the Covenant), and many ministers of the Kirk - Blair, Livingston, Peden, Rutherford, Guthrie, Blackader, Cargill, Hackston, Cameron, Renwick, and MacMillan. Part Three describes the early Scots and Presbyterians settlers of the Ulster Plantation, and the continued persecution that drove them to immigrate to the American Colonies. The Rebellion of 1641, Cromwell, the siege of Londonderry, and the Boyne are topics found in Part Three. Part Four is an Epilogue discussing the Solway Martyrs. This work boasts 14 appendices. These include a list of hundreds of settlers and ministers in Ulster and over 1000 Covenanter martyrs who were executed, imprisoned and banished. Complimenting this book are numerous photographs, a fullname index and a bibliography.
420 pages, 5.5x8.5, 2002, 5.5x8.5, paper, index, 420 pp, Softcover, Heritage Books, Inc

Title: As God Is My Witness

The Scotch-Irish in Northern Ireland and the American Colonies 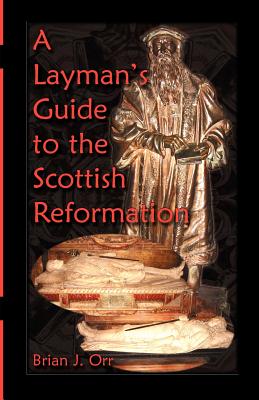 A Laymanâ€™s Guide to the Scottish Reformation

The Mexican War and Its Warriors: Comprising a Complete History of all the Operations of the American Armies in Mexico, with Biographical Sketches & Anecdotes of the Most Distinguished Officers in the Regular Army & Volunteer Force

Indian Creek Massacre and Captivity of Hall Girls: Complete History of the Massacre of Sixteen Whites

As God Is My Witness