Lewis And Clark Passed Here: New Perspectives Beyond the Adventure

Many books have been written that retell the story of the great journey of the Corps of Discovery, usually by "following the trail today" and quoting from the daily journals kept by the captains. It's a story unmatched in the history of American adventure and exploration. In this refreshing new work, Phil Scriver looks beyond the adventure to the other aspects of the expedition, such as the discovery of plants and animals then unknown to science, the encounters with native peoples, and the tomes of literature that resulted from the expedition. Scriver, a member of the Lewis and Clark Honor Guard reenactment group in Montana, has gained a better understanding of the expedition by learning and demonstrating the skills required by Lewis and Clark's men. Part one gives a brief overview of the expedition, starting with how Thomas Jefferson conceived the plan of the exploration, and giving some background on each of the captains. It continues by describing how the Corps of Discovery was formed as Lewis made his preparations in Harpers Ferry and Philadelphia, and how he selected the men to go on the journey. Each chapter is in this section referenced to a city and given a beginning and ending date, in order to give the reader a sense of geography and a sense of time for the expedition. The expedition's activities in each given area are highlighted. Part two is a collection of essays, experiences and opinions of the author, which he has written as he learned about the expedition over the years. He includes a keelboat ride on the Missouri River, the dinosaur fossils that Lewis and Clark unknowingly camped near, and biographical sketches of some of the men. Scriver also reflects on such aspects as the number of animals killed for meat along the way, the contributions of Sacajawea, the cost of the expedition, and what might have happened to Lewis's iron framed boat. He gives his own opinions as to whether or not the expedition should be considered a failure because they did not find a Northwest Passage, and what we can learn today from the expedition. Phil Scriver, with knowledge gained through his research and reenacting, has filled in many of the gaps that were not recorded in the journals. Even seasoned Lewis and Clark "buffs" will find something new in this original work!
316 pages, 5.5x8.5, 2003, 5.5x8.5, paper, 316 pp, Softcover, Heritage Books, Inc

A Voyage Round The World By the Way of the Great South Sea, Performâ€™d in the Years 1719, 20, 21, 22, in the Speedwell of London, of 24 Guns and 100 Men, (under His Majestyâ€™s Commission to cruize on the Spaniards in the late War with the Spanish Crown) till she was cast away on the Island of Juan Fernandes, in May 1720; and afterwards continuâ€™d in the Recovery, the Jesus Maria and Sacra Familia, Etc.

By: Capt. George Shelvocke, Commander of the Speedwell, Recovery, &c. in this Expedition

The Other Side of War 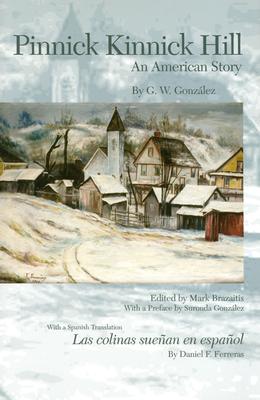 The Saint Lawrence [Canada]: Its Basin and Border-Lands

A History Of The Mississippi Valley From Its Discovery To The End Of Foreign Domination. The Narrative of the Founding of an Empire, Shorn of Current Myth, and Enlivened by the Thrilling Adventures of Discoverers, Pioneers, Frontiersmen, Indian Fighters, and Home Makers